Get a free quote

Get a free quote

Best & Brightest Power Wash offers professional soft washing services in Port Orchard, WA. We use environmentally friendly solutions and practical techniques to clean your property without damaging it. Our experienced professionals can handle any size job, from tiny houses to large, multi-storeyed properties. Contact us today to schedule a free consultation.

What is Soft Washing?

Soft washing is a process of applying biodegradable cleaners to the exterior of a structure using low pressure. The non-pressure technique is the safest and most effective way to clean all types of siding, including vinyl, aluminum, stucco, brick, and wood. Soft washing is suitable for cleaning various surfaces, including roofs, gutters, decks, patios, driveways, and sidewalks.

Any property owner that wants a safe and effective way to clean their property opts for soft washing. Soft washing is perfect for homeowners, business owners, property managers, and HOAs. Cleaning experts recommend that properties that have never been cleaned or ignored for a long time. Homes recently painted or have delicate siding should also opt for soft washing.

What Are the Benefits of Soft Washing?

Soft washing a house is also safer than traditional pressure washing. It uses less water pressure, meaning there is less risk of damaging the cleaned surface. Additionally, soft washing solutions are biodegradable and less likely to harm the environment.

How is Soft Washing Different from Pressure Washing

Pressure washing is a standard method of cleaning surfaces like driveways, sidewalks, and decks. Pressure washing involves using a high-powered stream of water to remove dirt, grime, and other debris. While house pressure washing effectively cleans some surfaces, it can also damage delicate materials like wood or stone.

Soft washing uses a low-pressure water stream to remove dirt and debris gently. The method is often used to clean roofs and siding, as it is less likely to cause damage. In addition, soft washing typically uses biodegradable cleaners, which are more environmentally friendly than the chemicals used in pressure washing.

As a result, soft washing is becoming the preferred cleaning method for many homes.

Soft washing does not require special equipment. In most cases, a standard garden hose and nozzle will suffice. Nozzles of different sizes and spray patterns are available. Our team will be able to provide every tool you need for the job.

What Are the Steps Involved in Soft Washing?

1. We start by thoroughly inspecting your property to identify any areas that may require special attention.
2. Next, we set up the equipment and mix the cleaning solution.
3. Then, we apply the solution to the surface to be cleaned.
4. After allowing the solution to dwell for a few minutes, we gently rinse it away with low-pressure water.
5. Finally, we inspect the area to ensure it is clean and free of residue.

What Are the Different Types of Soft Washing Solutions?

There are a variety of different soft washing solutions that can be used to clean different types of surfaces. Solutions typically contain detergents, surfactants, and bleach.

Detergents are cleaning agents that loosen and remove dirt and debris. Surfactants lower the water’s surface tension, which allows it to penetrate surfaces more easily. Bleach is a cleaning agent that kills mold, mildew, and bacteria.

Why Should You Choose Best & Brightest Power Wash for Soft Washing Services?

Best & Brightest Power Wash is a leading provider of soft washing in Port Orchard, WA. Our experienced cleaners will treat your home as if it were their own. 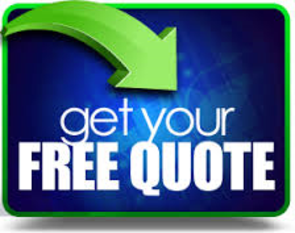